Buyer Psychology: How Consumers Decide to Buy
Written by John Parkes, May 16, 2019 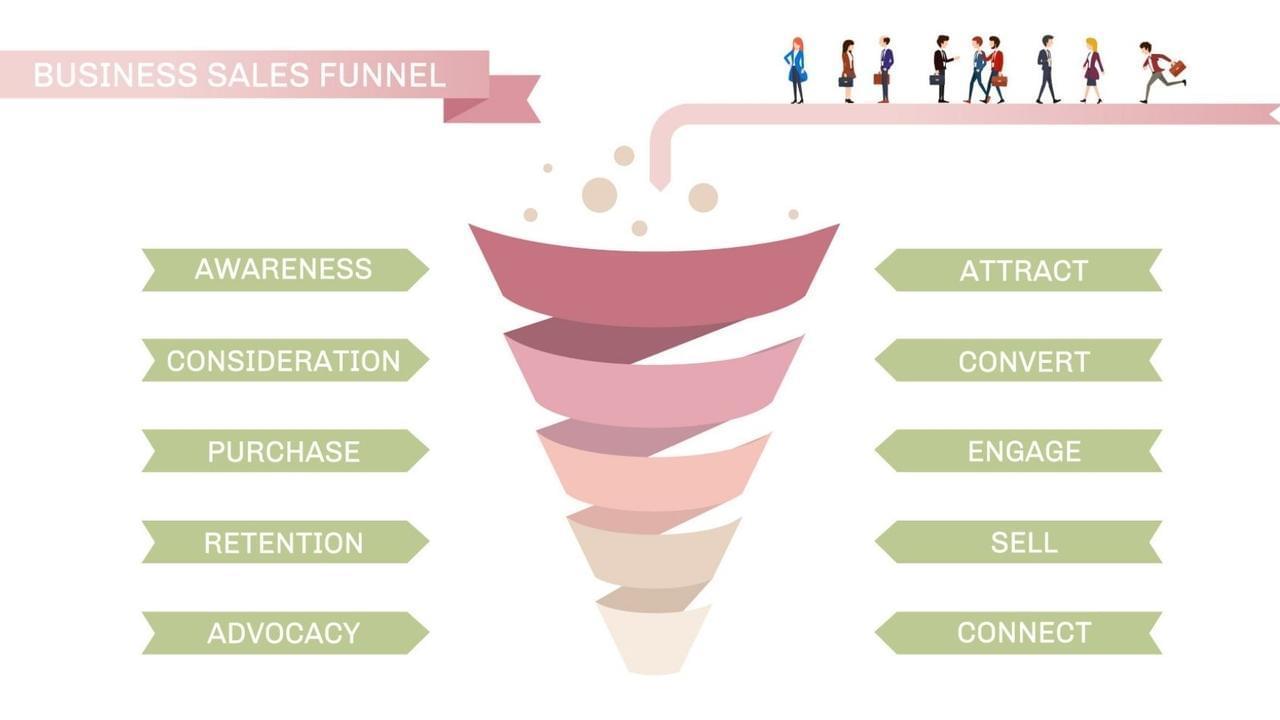 Great salespeople know that in order to persuade potential customers to buy, you must understand how buyers think.

It’s all about making people feel a certain emotion that will compel them to purchase.
How often do you want to get inside the heads of your customers?
All businesses want to know what makes their customers tick, and how they make their purchase decisions. Figuring that out, though, is a huge challenge.
This is especially true since every customer is different. Every person has their own likes, dislikes, values, motivations, dreams, and goals.
Nobody fits in a neat and tidy box.
Despite this challenge, companies go to great lengths to find out how their customers make the decision to purchase a product.
A whole branch of psychology is even dedicated to this subject: behavioral economics.
Although, some refer to it as buyer psychology.
It really is a fascinating subject once you start to dig into it.
While the psychology of buying may sound intimidating at first, you don’t have to go out and get a degree in psychology to learn about why people buy the products they do.
Let’s go over a few principles that psychologists have discovered about consumer behavior that may help you when you’re selling your own products.
You may find some of these facts to be quite intriguing.
Psychological Factors You Should Know About
Long term vs. short term

Your customers basically have two different ways of looking at purchase decisions.
One mindset looks at the long term benefits, while the other looks at the short term.
Essentially, the long term mindset is the planner. It focuses on longer lasting benefits.
The short term mindset, on the other hand, is the doer. It wants instant satisfaction.
Someone who is merely learning about a product is thinking long term. They’re not ready to buy yet — they’re just browsing.
An actual buyer (someone who wants to buy right now) is a doer. They want gratification as quickly as possible.
Consumers have to juggle with these two mindsets constantly.
Figuring out how to satisfy the planner mindset while transitioning them into the doer mindset should be your goal.
The Basic Needs
Psychologists have determined that every person is pursuing one of three basic needs: wealth, health, and relationships. And we’re all trying to find fulfillment and happiness in those three categories. 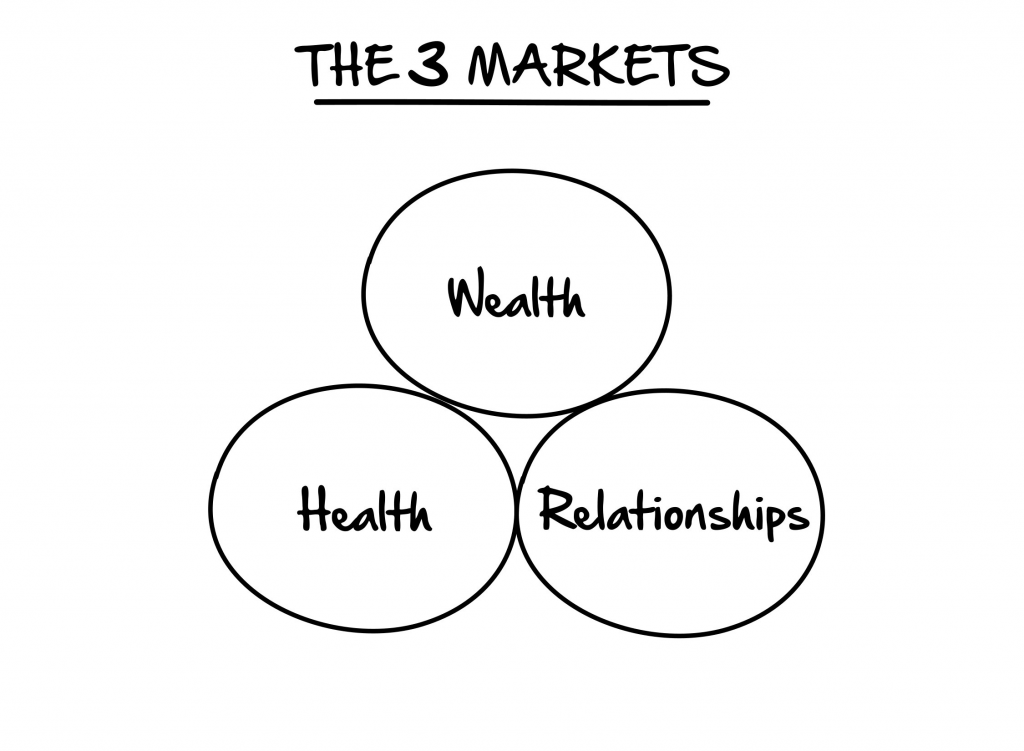 Businesses should base their products on one of those areas or core markets.
Once you know that customers are looking for those things, your ability to sell to them just became easier.

Think about what your product offers in one of those three core markets.
These areas may seem a bit broad to start off with, but you can narrow things down even further.
Within each category, you’ll find submarkets. In health, for example, there are submarkets like weight loss, nutrition, and strength training.
Now go one level further. Narrow down the submarket, and develop your niche. 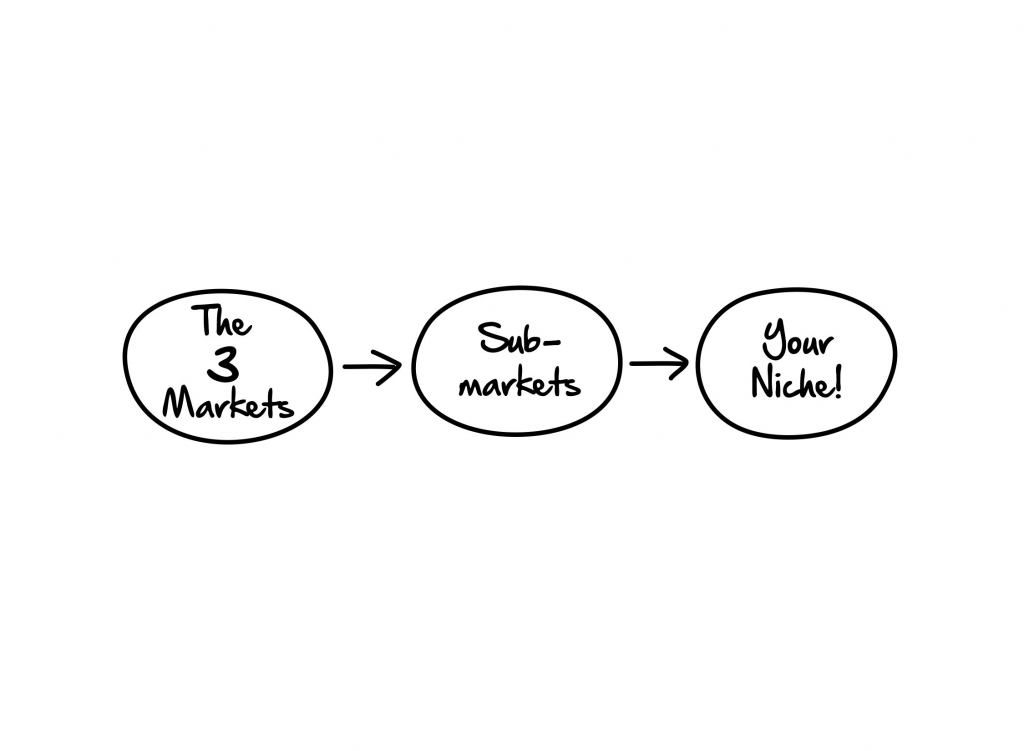 If you target your product to that niche, you’ll see a lot more success. You differentiate yourself from competitors, carving out your own spot in the broad ecosystem of buyer psychology.

All the while you’ll be helping buyers satisfy one of their basic needs.
Learning and Temperatures
Buyers make a decision by following a certain learning pathway.
That pathway goes like this: cognitive learning —> constructivist learning —> experiential learning.
Here’s how that all plays out.
In cognitive learning mode, consumers try to learn all they can about a product by reading about it, watching videos, talking to friends, reading consumer reviews, and more.
They’re trying to take in as much information as possible.
Constructivist learning takes that information and applies it to their lives.
They try to answer questions like, “How would I personally benefit from this product?”
Finally, experiential learning is testing out and applying that information. So this would be where the consumer buys the product (or gets a free trial) and uses it.
These steps of the learning pathway go hand-in-hand with the “temperature” of the buyer.
Customers considered “cold” are simply learning from a distance. “Hot” customers are those who are ready to act.
The task then becomes turning those cold customers into hot ones.
With the effective sales funnel concept designed by ClickFunnels, the process of “warming up” buyers is quicker and easier than ever.
This process involves offering smaller commitments up front so customers get more comfortable and trust you more.
Then, as they continue along the sales funnel, they’ll make bigger and bigger commitments.
This isn’t something that has to happen over the space of days, weeks, or months. In fact, it can happen all in the same funnel with minutes of each other.
ClickFunnels basically puts the warming up process into fast forward.
The result is more customers becoming “hot” and converting.
Buyer Quirks
Experts have looked at how buyers make purchase decisions and come up with some fascinating discoveries.

Let’s take a quick look at some of the most interesting ones.
Consumers are emotional
While they may scoff at this characterization, consumers tend to use their emotions when making a purchase.
Those emotions can come in a wide range, from fear to pride to altruism, but no matter what forms they come in, they often overrule logic.
They will try to back up their emotional decision making with facts (hopefully facts that you’ve supplied), but it still all comes down to emotions.
Consumers respond to stories
Take two scenarios of businesses pushing similar products.
One is a faceless corporation simply pushing the item in a direct manner.
The other is a smaller business, but one that features a human face and a relatable story with the item.
Which scenario will better connect with the consumer?
If you guessed the second one, you’re right.
You need to establish that emotional connection with the customer. As mentioned above, customers make purchase decisions based on emotions.
In the psychology of buying, this is called The Epiphany Bridge, where a customer has an emotional reaction to what you’re telling them. It leads them to move forward, and after crossing that bridge, they’ll then use logic to justify their purchase.
So how do you craft a good Epiphany Bridge story? You follow The Hero’s two Journeys outline.
In The Hero’s 2 Journeys, stories are kept simple and help build a rapport with the hero (you). They establish the hero’s desire and the conflict they’ve overcome to reach it.
You can read more about The Epiphany Bridge and The Hero’s Two Journeys in Expert Secrets so you can put the ideas into practice.
Simply put, buyers respond more positively to stories.
Make sure you’re telling one that they’ll want to follow.
Consumers want to avoid loss
If there’s one thing consumers hate, it’s losing money.
Many would rather avoid losing it over actually gaining something.
This is sometimes called “loss aversion”. We have a strong emotional attachment to loss and want to do anything we can to avoid it.
A fear of loss also applies to missing out on opportunities. If we think something is scarce, we have a natural tendency to want to act right away.
If you implement scarcity as part of your sales funnel, you’re encouraging urgency on the part of the customer.
Limited time offers can be a part of this strategy. Or you could indicate a product will run out soon.
Buyers will want to jump on these chances to avoid missing out a great deal.
Consumers like to go with the flow
Many people like to think they’re unaffected by what everyone else thinks and does.
But the truth is, if everyone else is doing it, you’ll probably want to do it too.
Consumers are the same. They love to follow the crowd.
The more other people are doing something, the more they’ll want to go right along with them.
That’s why including customer reviews, leveraging testimonials, and promoting products on social media channels can be so effective.
It demonstrates that consumers aren’t just buying a product, they’re becoming part of a movement.
Using Psychology For Business Success
When looking at the psychology of buying, you can get a good sense of what drives your customers.

The factors discussed above are only the tip of the iceberg. There’s plenty more to uncover if you want to look for it.
Luckily, ClickFunnels helps to leverage buyer psychology when helping you create your sales funnel.
This ends up making more effective sales funnels, meaning you get more sales.
What kind of things have you noticed about buyer behavior? How have you used these insights in selling your products? Let us know in the comments below.


Andrew Bobchenok helps people start and grow successful coaching businesses. He is an expert at helping people get clients using online methods and making things super simple to understand.
If you're interested in starting your own coaching business, online course or scaling up and getting clients then definitely reach out and request a free strategy session today. 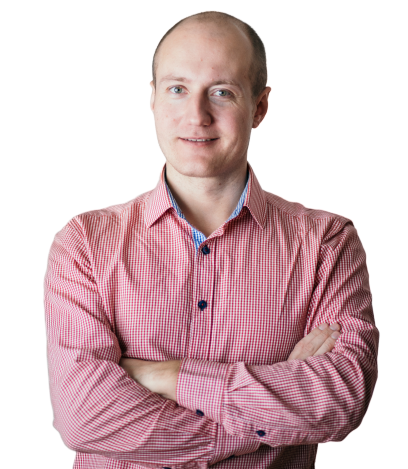 FB Comments Will Be Here (placeholder)

NOT FACEBOOK: This site is not a part of the Facebook website or Facebook Inc.
Additionally this site is NOT endorsed by Facebook in any way. FACEBOOK is a trademark of FACEBOOK, Inc.
FOR SUPPORT ISSUES OR QUESTIONS, PLEASE EMAIL ME AT andrew@funneldesignstudio.com
Copyright © 2020 • Funnel Design Studio  • All Rights Reserved • 140 Broadway, 46th Floor, New York, NY, 10005 | +1 (646) 867-3104
PRIVACY POLICY | TERMS OF USE
IMPORTANT: Earnings and Legal Disclaimers: We don't believe in get-rich-quick programs. We believe in hard work, adding value and serving others. Any financial numbers referenced here, or on any of our sites or emails, are simply estimates or projections or past results, and should not be considered exact, actual or as a promise of potential earnings - all numbers are illustrative only. By purchasing any service or product with access to intellectual property, you agree that there's no refund available. If you have questions, email support@funneldesignstudio.com